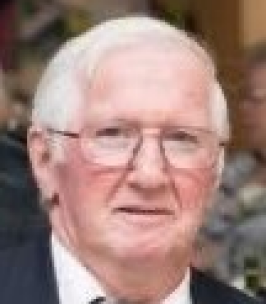 It is with heartfelt sadness we announce the passing of Albert Dawson Winchester of Schumacher Ontario on Thursday September 8th, 2022 at the age 84 years old. He was a much loved husband to his wife of 62 years Elsie, father to daughter CherylAnn (Peter) Caspersen and sons David (Jennifer) Winchester and Allan (Tracy) Winchester, Matthew Bowland and Dave Vollett. Cherished Papa to granddaughters Jules and Trina Caspersen and Justice Maki-Chambers. Brother to Arline (Charles) deBourbon and Jerry (Jill) Winchester. Predeceased by his parents Harry and Dianna Winchester, brothers Jerry and Joey. A loving brother-in-law to Esther Lauzon Prusak (Don) Victor and Lil Kampela, Ellen and Hal Eldridge. A loving uncle to many nieces and nephews.

Dawson, as he was known by his family and friends, was born in 1938 in Atholville, New Brunswick to Harry and Dianna Winchester. His family moved to ValDor and then on to Timmins. It was here he met the love of his life Elsie, who he married in 1959. Together they moved to Schumacher where they built a home and raised their family. For many years he worked at Preston East Dome and the McIntyre mines before moving on to the A&P (Superfresh) where he was known as Albert until he retired in 2003. His favorite place to be was out in the bush camping, they spent 47 summers at Ivanhoe Provincial Park. He loved curling in the bush league and fishing with his sons and friends. After retirement he became a world traveler with his wife Elsie, joining many friends from Timmins on cruises to the Mediterranean, Australia and the Caribbean and bus trips to Fort Myers, the UK and China. He never went anywhere without meeting someone he knew. He was known for his quiet ways, quick comebacks and his willingness to look out for others. He was a good friend to many and his loss will be felt profoundly by those who knew and loved him.

In honoring his wishes, there will be no visitation or service. Cremation has taken place. There will be a Celebration of Life at a later date. Funeral arrangements have been entrusted to LESSARD-STEPHENS FUNERAL HOME. The family wants you to think of a happy time, when he put a smile on your face, or made you laugh and hold that to your heart as a way to remember him. Remembrance donations to a charity of choice would be greatly appreciated.

A special thank you goes to Kelly and Kevin Osmars, who have been the best friends our family could have ever asked for. You made the last few years much easier. Your love and support have meant the world to him and the family.

The family wishes to thank the staff at Timmins and District Hospital Med C and Hospice for making his transition as comfortable as possible. Albert Dawson died the way he wanted, on his terms, without pain and surrounded by love.