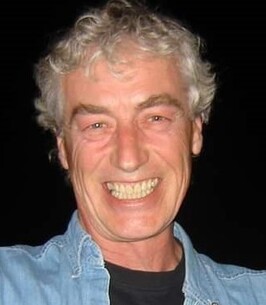 The family is deeply saddened to announce his passing. Those of you that were in Gil’s circle knew he took life Day by Day, complained very little and was thankful for the little things in life…he loved being with family and friends and had a special bond with his godchildren Ashley Pendyk and Sara Doyle who considered him as a father figure.

Gil was born and raised in Astorville. He passed away on Monday January 17, 2022 at the age of 66 in Timmins. He leaves behind his partner Lynn Cook. He was predeceased by his parents Beatrice and Francis. He is survived by his six brothers Bernard (Beverly, late Simone), Roderick (late Gord), Richard (Theresa), Edmond (Debbie), Denis, and Michael (Judy). He was also predeceased by his brothers Ron (late Maria), Andy (late Anita), Gerald (Katherine), Roger (late Heather), his sister Monique, and his brothers-in-law Lyle and Glen Cook. He also leaves behind 30 nieces/nephews, 40 great-nieces/nephews and 31 great-great-nieces/nephews, as well as his extended family, his sister-in-law Gayl Desbiens (Marcel) and their son Ryan.

Cremation has taken place and a Celebration of Life will be held at a later date. Funeral arrangements have been entrusted to LESSARD-STEPHENS FUNERAL HOME. Remembrance donations to the Timmins and District Hospital Hospice would be greatly appreciated.