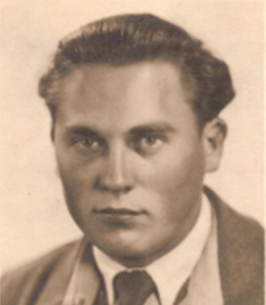 It is with profound sadness that we announce the passing of our father, Kazys Jasaitis. He will be missed by his children Silvana, Kestutis, Regina (Andy), Renata, Maggie and Victor and by his grandchildren Saramaya, Katrina (Chase) and Willow. He leaves behind great grandson, Todd and in Lithuania, numerous nieces and nephews. Kazys is predeceased by his wife, Margot, and all his six siblings. Kazys was born in Lithuania in a small village called Kletininkai. His life changed drastically in 1940 when Russia occupied Lithuania and a year later when Germany declared war on Russia. Included in his range of wartime experiences was spending six months in Belgium as a POW. After release, it was sheer luck that he decided not to return to Lithuania because the men on those trains were sent to labour camps in Siberia. He made his way to the UK in pursuit of work. He met Margot (Austrian) in England in 1954. In 1959, they emigrated with their two children to Canada, settling in Timmins. He loved Canada. Kazys (known to his coworkers as Charlie) was hard working; after doing a shift in the mine (Hollinger, Dome), he would go home and tend to his animals and property. Kazys loved any social gathering—especially if there was dancing. He enjoyed belonging to the Knights of Columbus. His favourite pastimes were playing chess (he was a formidable opponent), card game 31 and a special eastern European version of poker. We will miss hearing his stories from WW II which he told as vividly as if they’d just happened yesterday. He found tremendous solace in prayer and had an unwavering faith in God. Viewing is Thursday, August 4 from 7 – 9 pm at the Lessard-Stephens Funeral Home.
A funeral will be held on Friday, August 5, 11:00 a.m. at St. Anthony’s Cathedral.
To celebrate his life, we will be receiving friends at the family home on Sunday, August 7 from 2:00 – 4:00 pm. Online condolences can be made at www.lessardstephens.com