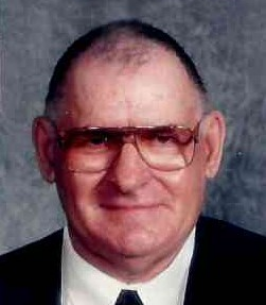 The family announces with great sorrow the peaceful and gentle passing of Roman Tichinoff at the age of eighty-eight years, at Extendicare Timmins.

Roman was born in Cochrane, Ontario, the first of five children. His parents Harry Tichinoff, and Nena (Lech), both deceased, lived in Kearns, Ontario, before settling in Timmins. He is pre-deceased by his brothers Dan (2020), (Verna), and Ted (2019), (Elodie). He is survived by his sisters, Frances Smith, (Bruce), and Linda Tichinoff, several nieces and nephews, and two great-nieces.

Roman attended school, and as soon as he was able to, he went to work on the Ontario Northland railroad. He worked on the railroad until he retired at age sixty-five. He loved trains and was known for the elaborate and detailed village that he built and maintained in his basement in his house on Cedar Street. His backyard vegetable garden was the source of many happy memories for his nieces and nephews. Roman attended First United Church each Sunday, until he relocated to Extendicare, where his co-parishioners continued to visit. His last years at Extendicare were marked by Bingos and art and crafts, all of which he enjoyed.

The family wish to thank the staff of the Kamiskotia Wing at Extendicare for all their care and support, especially Melissa and Julie. It is always a pleasure to be in their company. Dr. DiTullio was a gracious and conscientious physician in his last years, and we thank her.

A private family interment will take place at a later date. Funeral arrangements are entrusted with Lessard-Stephens Funeral Home. Donations can be made to the charity of your choice. Online condolences can be made at www.lessardstephens.com